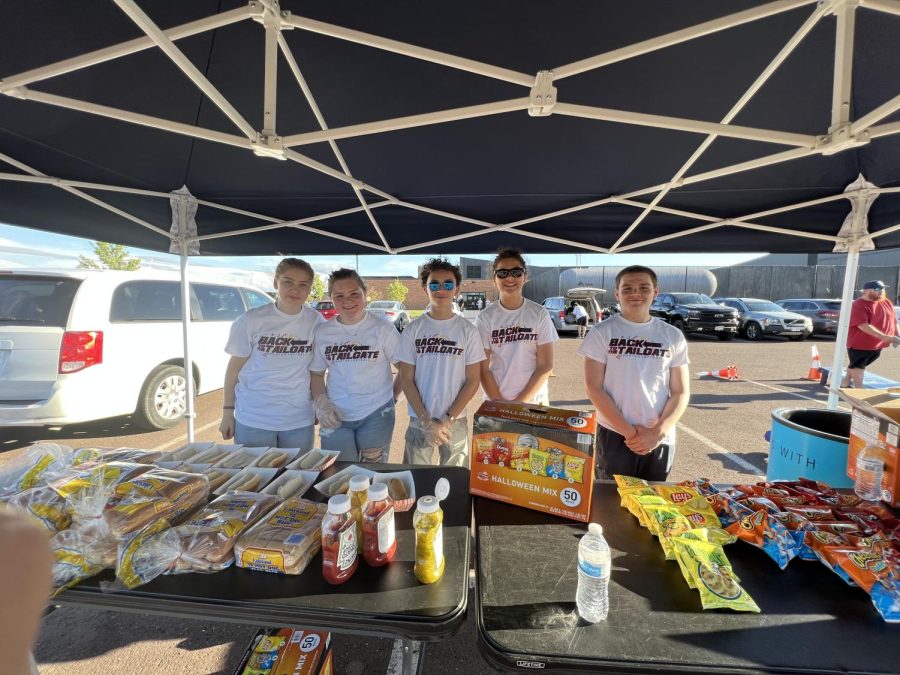 By Kadence Moen and Liv Strand

Students in DECA worked at a food stand and gave out free hotdogs and chips, for the first 200 guests. This service was included for members of the other team. “We went up in the stands and had trays of hotdogs,” Malique Bixler, DECA member said.

Fans of both teams participated in various yard games such as cornhole and ring toss.

“It was a decent turn out, but I would like to see more kids there,” Tara Hansen, staff advisor of DECA said.

To advertise, DECA sold t-shirts for Tailgate. Each t-shirt was 5 dollars. In previous years, some of the funds from the t-shirts would go to a charity or cause within the city. This year, the funds went back towards the students for Tailgate.

Bringing back Tailgate was a perfect opportunity to bring students back together. It helped get fans excited about football again.

“Just to build a community and get everybody back into the swing of things and attending events,” Hansen said.