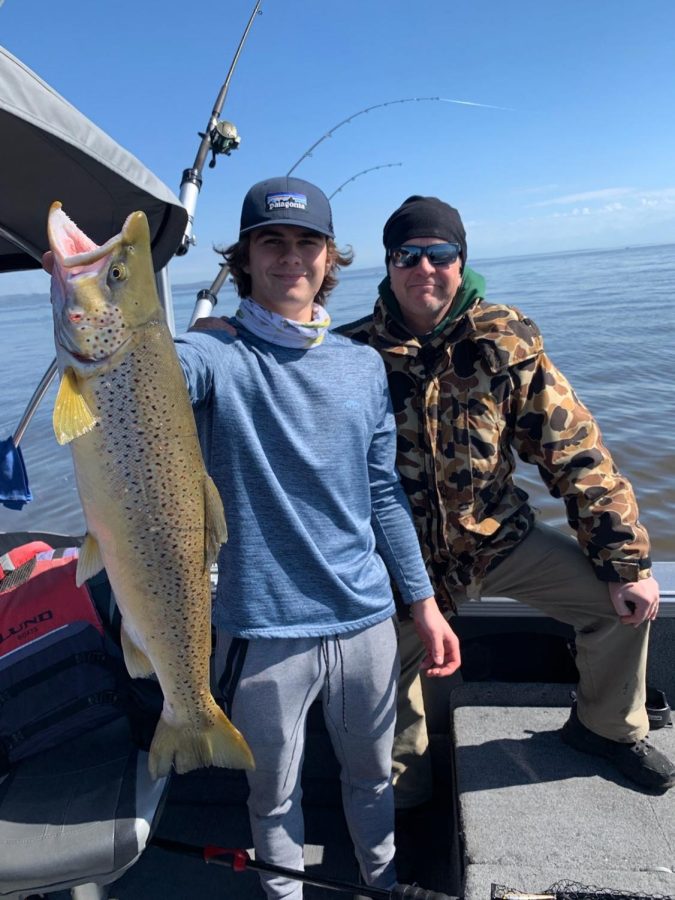 As fishermen drop their boats in the water across Minnesota, Randy Stank is ready to fish the day prior to the Minnesota walleye opener.

Randy has a reserved slip at Barkers Island Marina. Randy lives on Barkers Island which gives him fast access to his boat and two bodies of water. Lake Superior and the St. Louis River.

Every year Randy takes out his brothers, Rick Stank and Brian Stank, as well as me to fish the Minnesota opener keeping alive a yearly tradition.

Every year we all meet at the Marina or a boat launch near where we are planning to fish. This year on May 14, 2022 we all met at Barkers Island at 4:45 am. This year we were faced with a surplus of rain which directly affects the amount of debris that is in the river.

On the way up the river to one of the many walleye hot spots on the river, just after passing under the Richard I. Bong Memorial Bridge,  we were faced with a large amount of dead heads which could possibly lead to damage and snags while fishing.

“Risking damaging my boat because of hitting a dead head would put a halt on the rest of my season,” Randy said.

Instead of risking damage to the boat and wrecking the rest of the day we decided to change plans and instead target salmon and trout.

By the time that we got back out to the lake the sun had risen and it was about six am. Randy steers the boat while me, Rick, and Brian put out eight different lines which allows us to cover a surplus of water while still abiding by both Minnesota and Wisconsin state law.

Fishing till 1:00 pm we were able to catch four Coho Salmon, one King salmon, and one Brown trout.

The bag limit for salmon on Llake Ssuperior per man per day is 5, this includes a mixed bag of salmon. As for Brown Trout you can keep a total of 5 this is also a mixed bag although it excludes Lake Trout.

“I have fished the lake all day without one bite and I have fished days where I have caught 30 fish in 2 hours, you never know what will happen when you are fishing Lake Superior” Rick said.

The lake tends to be hit or miss on a day to day basis and it is always uncertain how you will do. The lake can also be discouraging because you may see other boats with a surplus of fish at the boat launch.

At the end of a long day of fishing everyone in the family that is available meets and has a big gathering with a fish fry to celebrate a successful opener.