Science free for all

The science department, as of this year, is no longer requiring lab fees. 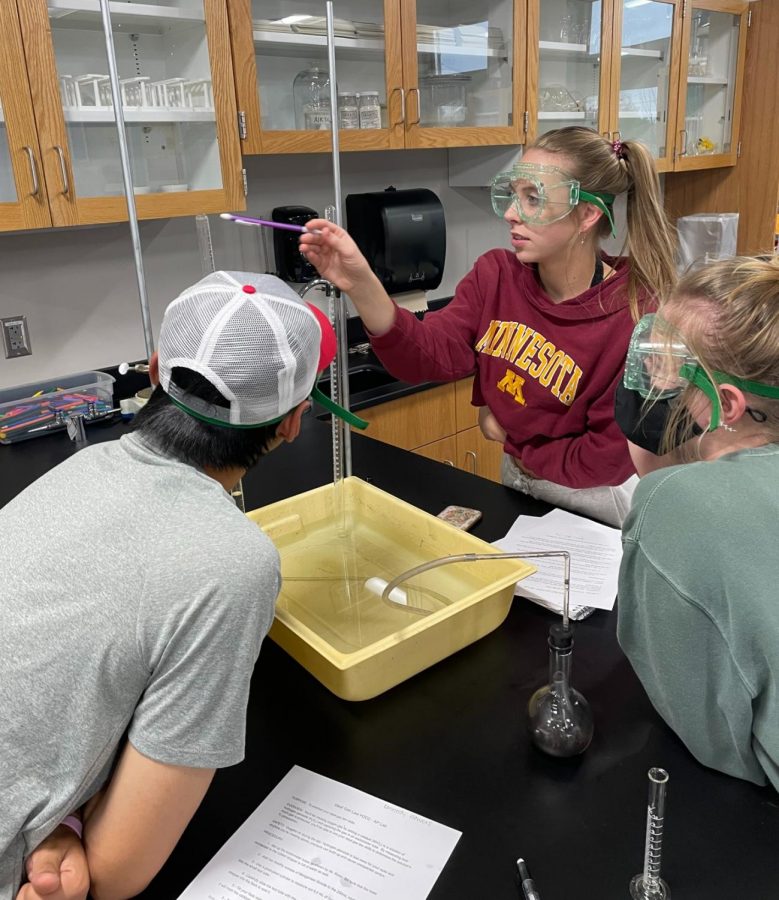 Chemicals that can disintegrate skin and animal cadavers may not be the first thing that comes to mind when thinking about high school. However, these items are just a few of the types of materials the Science Department purchases each year for class activities.

Ranging from $6 to $25, lab fees, until this year, were collected yearly to cover the costs of chemicals such as hydrochloric acids, magnesium and copper wires, as well as frequently broken glassware.

Fees were collected at the beginning of each school year by science teachers. These lab fees were combined with a certain budget given out by the school to cover the cost of different materials.

However this year, the school decided to stop collecting lab fees. The science teachers suggested that the funds for all equipment should come out of the designated science budget, previously only used for larger items, instead of placing the responsibility on students.

Science teacher Angela Johnson explains that as a science department, they are given a certain amount of money they are allowed to spend each year.

“[The teachers are told] as you need it, you use it, so be proactive,” Johnson said.

The classes that have dissections are given first priority as far as using the budget goes. Biology teacher Pete Conley is responsible for placing an order at the beginning of the year containing all of the different animal cadavers that dissections require.

“Purchases that are every few years are the large ticket purchases: autoclave, glassware, those types of things,” Conley said.

Even though the lab fee was a relatively small sum of money, the teachers believe this is a step in the right direction as far as ensuring public education to all.

Senior Quentyn Fleck said it’s awesome to not have lab fees, “because then I don’t have to pay money to learn!”