The language of faces 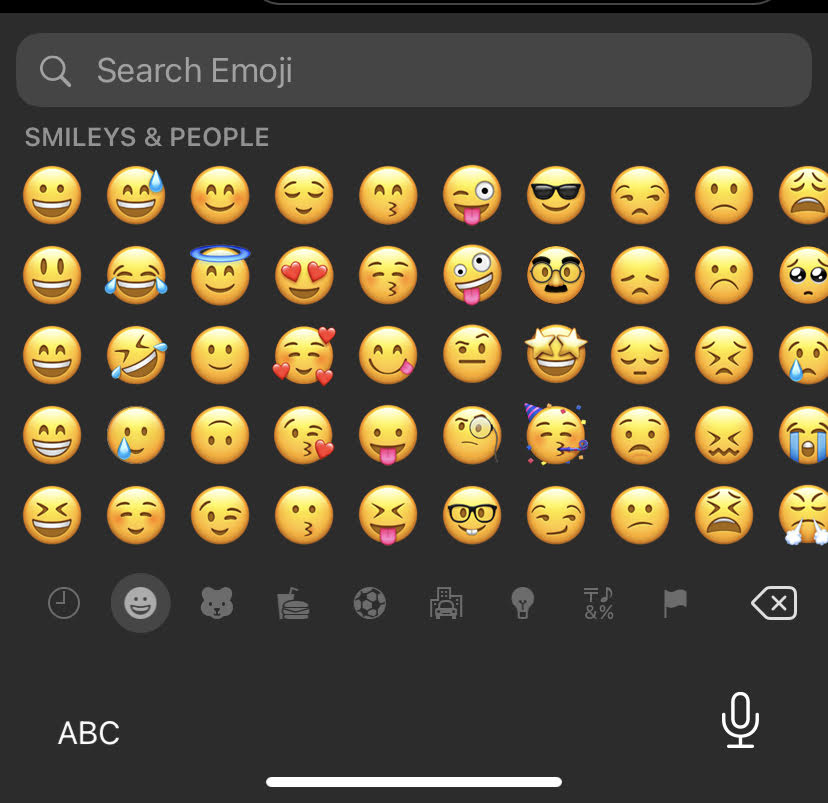 Wyatt Pahos searched his IPhone XR for the appropriate emoji to add a funny vibe to a text that was sent to his brother.

When not being face to face with a family member or friend, the most effective way to add emotion to a message is through an Emoji. With hundreds of options, research has been done to show reasons to use emojis and certain emojis fit some situations better than others.

Samsung is the most popular phone brand and is also the type of phone with the most emojis carrying 236 emojis proved by https://blog.emojipedia.org/android-10-0-emoji-changelog/ .. The variety ranges from smiling faces, national flags, to food items or animals.

In second place in popularity is Apple that contains 3,521 emojis stated by https://emojipedia.org/faq/. Senior Dawson Shaul, owns an Apple with the very wide range of emojis.

” There’s so many emojis to choose from, I could use them in almost every sentence,” said Shaul.

Out of the 3,521 existing emojis, the most used emoji is (laughing with tears of joy) according to a form sent out to selected SHS students. Sending this could always brighten the mood of any message.

A laughing face emoji may belong in a message between highschool students but one place emojis don’t belong is in government messages. Nine out of 12 people answered no to the question ‘should emojis be used in very important documents?’ do to the high level of maturity that government officials must adhere to.

In messages that allow emojis, 11 out of 12 people voted that adding an emojis to a conversation adds emotion and texture. Alexis Holden, Junior prefers to add emotion.

“I send emojis because I like in person interactions so adding my own feelings makes it feel more real,” said Holden.

Not all emojis add good emotion to texts. While it is the choice of the sender, Shaul states that he doesn’t send it to anyone outside of his family because “It has a lot of meaning”. But they are also different colored to heart to show a caring but more friendly emotion.