The summer I gained a lot of trust from my Uncle. 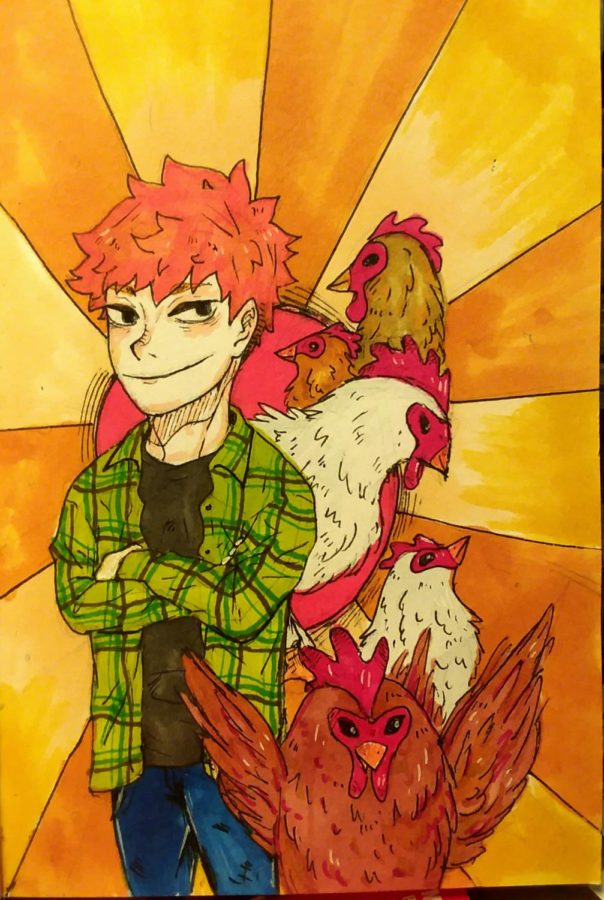 My Uncle Mike had asked me to watch his chickens for him while he took a trip to South Dakota for a small family vacation in the midst of last summer. I had finished mowing the lawn on a scorching hot day. I couldn’t remember the names of the chickens to save my life, but he’d always call them “Chicky Babas.” I didn’t feel ready to take care of some chickens, but I had never felt ready to do anything for that matter. But I remember him telling me that he trusted me enough to take care of them.

So about a week later, that’s what I would do. I’d bike about a mile from my house to his around noon and feed the “Chicky Babas.” Sometimes I’d feed them some mealworms as a treat, which was by far my least favorite thing to do, for the feeling of dried mealworms always grossed me out. Then I’d refill and keep their water bowl fresh and clean. To keep myself occupied, I’d also do some general yard work, with some lawn mowing and the bitter process of trying to remove grass patches where they shouldn’t be or where they had overgrown onto the sidewalk.

After all the tireless work, I’d sit at a little table not far from the chicken coop with nothing but a bottle of water, a pen, and a new leather journal. I’d use that time outdoors for a little me time, a break from home life, and allow myself to look into my thoughts by writing them down on the freshly bought pages.

One of the things that I always crossed my mind was of the relationship I had with my Uncle.

As long as I can remember, he and I had always been close; we had shared the love of “Star Wars” as I was growing up, and he was the one that showed me “A New Hope” for the first time. That sparked an endless amount of imagination and story-telling ideas that would run through my little head.

“Star Wars” was just one of the many things that we loved. We also bonded over running and its exhausting training and being outdoors in the scorching summer months. And I can’t forget our common love of being in Bayfield. Another thing we shared was our willingness to be open minded with our thoughts, often agreeing to disagree. One of the many parallels that comes to mind is his veganism and my love for a good steak. We never judged each other based off of what we ate, and I think he appreciated my willingness to try his fake-meat foods (most of the time).

The thing that sticks out to me the most is the trust he had for me throughout the years. I only really noticed it in recent months. It started with the Chicky Babas, that he trusted me enough to care for them; some of the chickens that he had been caring for over a decade. On top of this, when I had first gotten my permit, he trusted me enough to drive his truck that he had only gotten a few years prior. And out of all my family members, he’s probably the one that I trust the most. I do not open up with most people, but with him I am open and tell him whatever’s on my mind. I realized that we have a relationship built on trust, which for me is something that’s hard to come by. He treats me like the son he never had, and he acts as another important father figure in my life.

This piece is creative nonfiction as written by junior Sam Johansen (created in her CITS Creative       Writing Class) and illustrated by Liam Boos (staff illustrator for the Spartan Spin).