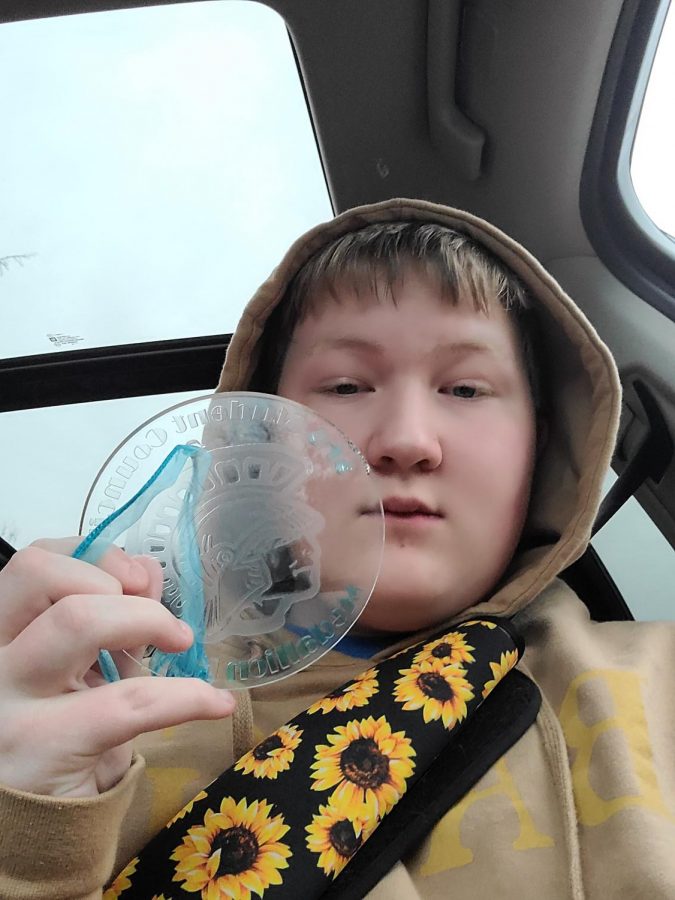 Freshman Nathan Olson is holding the Medallion that he found during the 2020 Snow Week Medallion Hunt.

Snow Week 2020 was organized by the student council and it took place on the week of Dec 7 through Dec 11. Snow Week was showcased virtually this year. The activities that students participated in were daily dress-up days as well as a Medallion Hunt.

Each day students were given clues on Instagram from student council giving hints on where they could look for the Medallion. On Tuesday, Dec 8, the second clue was (Across the globe and throughout the city. Lights are hung. So festive and pretty.) Prompted Olson on where to find the Medallion.

“The part where it said, across the globe I figured out that, that meant across from Globe News which is a store across from the library,” Olson said.

“This was the second time we have done the Medallion Hunt, and while the last one went on for a few months due to accidentally getting buried in the multiple feet of snow, this year the hunt only lasted two days,” student council advisor, Trevor Sorenson said.

Snow Week 2020 was a fun way to entertain students from home as there was no in-person assembly at school this year.