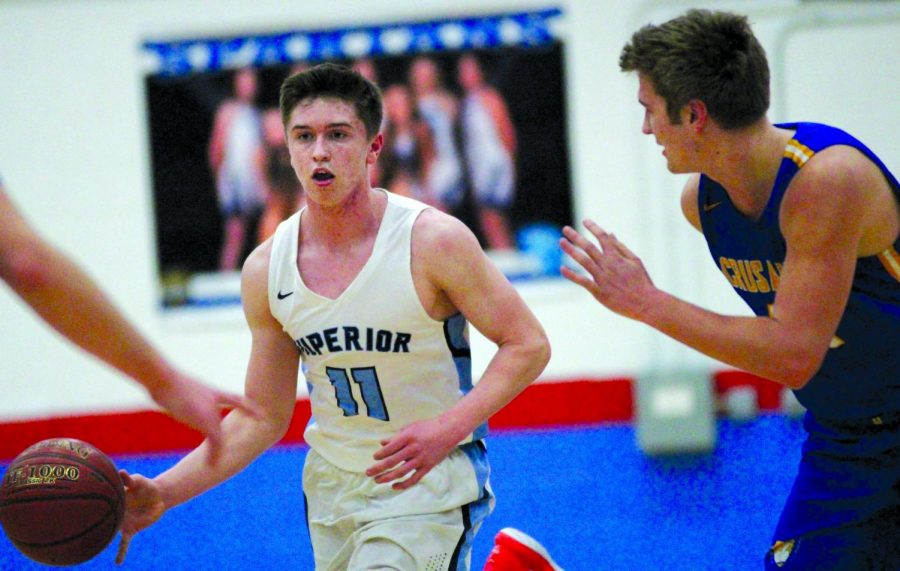 File Photo: Senior Joey Barker drives to the hoop against a Crusaders dendender at SHS Friday, Feb. 21. Barker, the highest scorer of the March 6 final game of the season, led the Spartans with 27 points against the team’s final opponent, the Neenah Rockets, in a 88-62 loss.

The boys’ basketball team faced off against the Neenah Rockets in the first round of the Wisconsin Interscholastic Athletic Association playoffs Mar. 6, in Neenah. The Spartans season ended with an 88-62 loss. The Rockets advanced and defeated seventh seeded Marshfield 63-49 on Saturday, Mar. 7, moving on to the next round of the WIAA Tournament.

Barker ended his high school basketball career by scoring a game high 27 points and shooting 100% from the free throw line going 4-4. As for the rest of the Spartans, Kaden Kimmes was second in scoring with 15 followed by Draden Jensen who ended with eight.

“As the final seconds winded down, I realized that my high school career was over,” senior Joey Barker said.