Punks wrapped up in laces 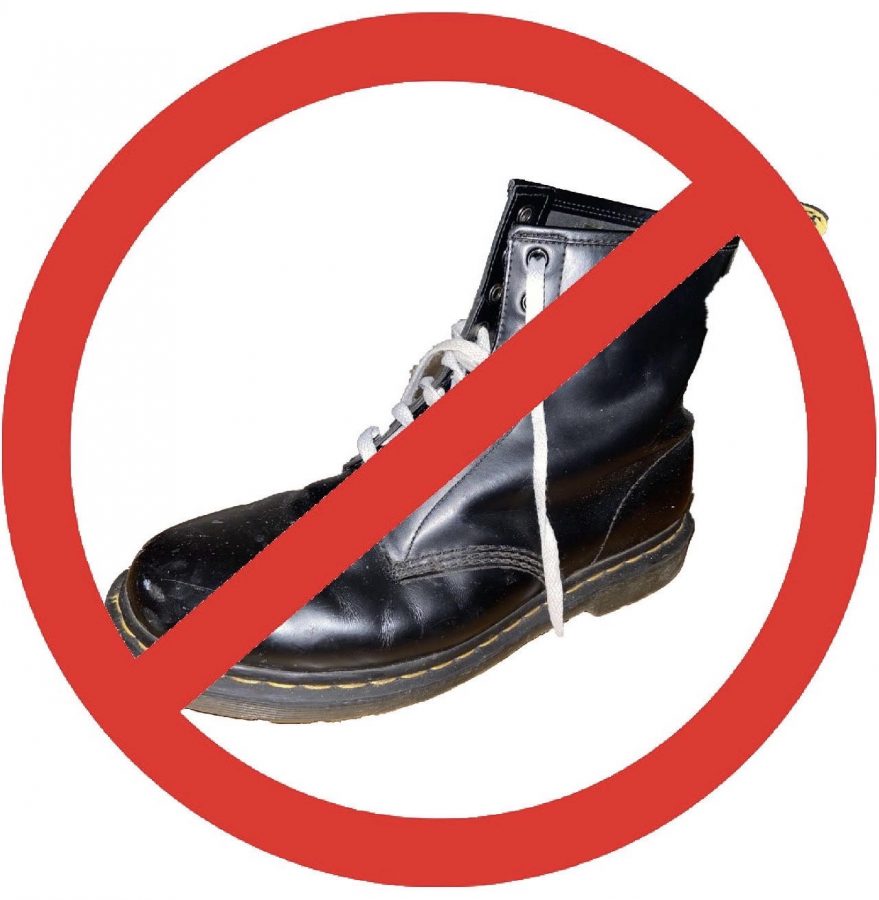 Doc Martens are the front-line to identifying radicals, or so some fringes would have you think.

Wacky shoelace colors do not label somebody as a Nazi, and you’d be forgiven if you were confused as to why a nut job is in your face yelling about it on Twitter, Tumblr, Reddit, or – god forbid – Facebook. This type of stereotyping – trying to identify people by their clothing – is obviously ridiculous, but much to my dismay, 20-something-year-olds mentally trapped forty years in the past still abide by a lace code some jerk made up because he wanted to fit in with his weirdo friends in the 1980s.

While the false identifying could at first be dismissed as just an annoying quirk of a tired counterculture far past its prime, it’s just one wave in the ocean of intolerable cringe that permeates the community of punk rockers in America and beyond.

So what is punk? If anybody tries to give you a clear-cut definition with established rules to follow, they are simply propagating a hive mind and starting or continuing chains of cliches.

The raw passion, anger and love in the human spirit transcribed into music and musical lifestyles suffocates and dies when its choked by definitions, expectations and regulations. When somebody says “Dude, you don’t act like ‘X’? You’re fake punk, man!” they’re conforming, not helping individuality or creativity.

The aforementioned lace code mutates from an annoying quirk to a virus within punk rock communities. According to this so-called established code, red shoe laces on your Doc Martens means you affiliate with Nazi ideology, blue laces means you’ve killed a police officer, white laces means you’re a white supremacist, and orange laces mean’s you affiliate with S.H.A.R.P., SkinHeads Against Racial Prejudice. While this ‘code’ did have a basis in reality, as it was popular amongst Southern Californian punk gangs of the 1980’s, that was forty years ago. And the perpetuation of it only exists within the minds of Twitter wackos who weren’t even alive to witness those gangs and their activities.

I’m reminded of an encounter just last year where a friend of mine had just gotten new Doc Martens, but expressed to me worries that he would be hung out to dry as some kind of Nazi if he were to change up his laces. Another guy I knew had red laces for his docs, and behind his back there was chatter about what kind of weird racist subculture he must have been in. I thought it was annoying, but probably just a minor thing with no true social backing behind it.

Then I opened Twitter where I found a user, “Kenny,” ranting about the symbolic nature of red-laced Doc Marten boots. I couldn’t help myself, so I engaged in discussion with him. He claimed that any educated punk like him would have the full right to get aggressive if you walked past him and his similar-minded individuals. “Kenny” would go far as to say “its equal to wearing a Nazi Party armband,” and his echo-chamber followers seemed to agree with him. Even though his argument was semantic with little to go on, there were still punks who repeated his same drivel.

The hardcore band Dead Kennedys and their frontman, Jello Biarafa, sang it best in their song “Chickensh** Conformist,” “Is this a state of mind or just another label?” Against Me! 24 years later sang “In the depths of their humanity all I saw was bloodless ideology.” Both bands and their lyrics send a message that those among them, punks want nothing more than to blend into a hive mind collective, no true motivation behind their antics, community without common cause.

When it’s ingrained in a subculture to act as a ravenous hive-mind of screaming adult-children at the sight of bright-colored shoe laces, the subculture is obnoxious. Imagine if Holden Caulfield had never had his epiphany at the end of “The Catcher In The Rye,” and had no motivation behind his disproportional angst; its obnoxious, and our current punk culture is too.