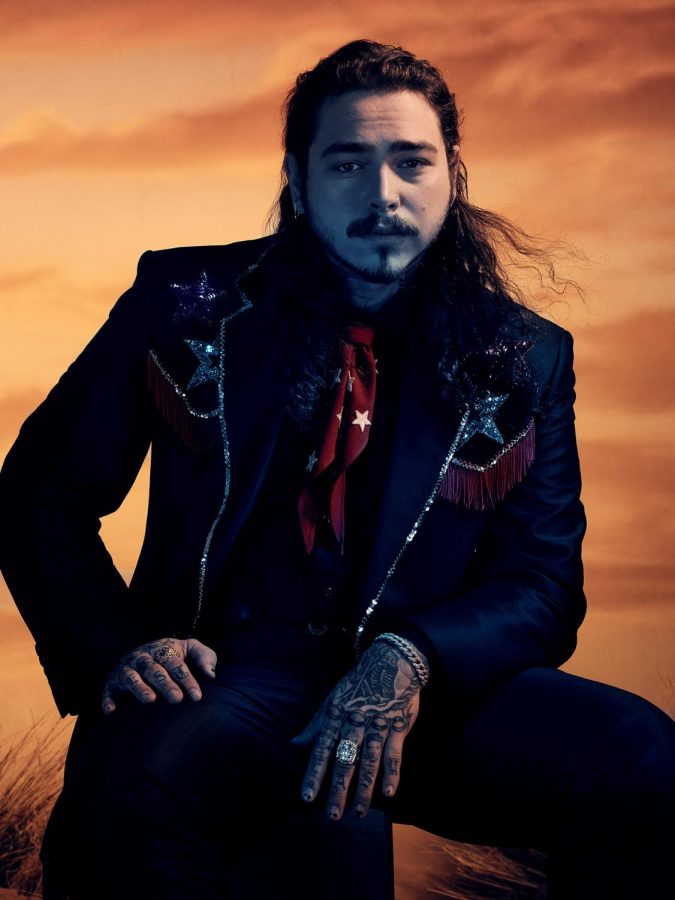 Photo by Timothy Saccenti is licensed under CC BY-NC-ND 4.0 via Creative commons

Post Malone’s newest album “Hollywood’s bleeding” that dropped Sept. 6, might take the award for the best one yet. Malone’s music is mostly rap,  mixed with R&B and pop that addresses some things in life like toxic relationships and hardships.

The album isn’t just the name of the new album but is also one of the main songs on the album. As the first track, it begins with a slower tempo that gradually increases to an upbeat tempo and then slows back down. It is about how artists (especially him) in Hollywood are physically there to continue their careers, but their hearts are somewhere else.

He finds ways in this album to bring different tempos and beats to the track. One of my favorite songs on this album is “Allergic.” It has an upbeat way of addressing relationship problems but starts out slow and keeps you interested. Malone’s song “Circles” is one of the slower songs on the album. This song brings attention to relationships that are harmful to those involved. The song highlights these relationships that come to an end, but then just go right back to previous feelings, like a “circle.”

This album is full of different music styles for a number of different audiences. Malone collaborated with big artists like Ozzy Osbourne, Travis Scott, Halsey, and others. Posts’ song, “Take what you want,” featuring Ozzy Osbourne, stands out the most. It achieves a rock feel from Ozzys’ hard rock background but it also blends Malone’s rap and R&B vibes. This song alludes to relationships with people who are cruel.

Another one of my favorite collaborations on the album is “Die for me,” featuring Halsey and Future. It has an upbeat tempo with intriguingly incorporating both Halsey and Future. The song is based on all of the relationships they have had with someone unfaithful.

Overall, the album is a success and doesn’t have any major weaknesses. One song I wish wasn’t included is “Sunflower” with Swae Lee. The song is too high pitched and it reminds me of a lullaby. It was also released Oct. 18, 2018, which is almost a whole year prior to this album. Other than this song being so old, the album is a huge success for Post Malone.