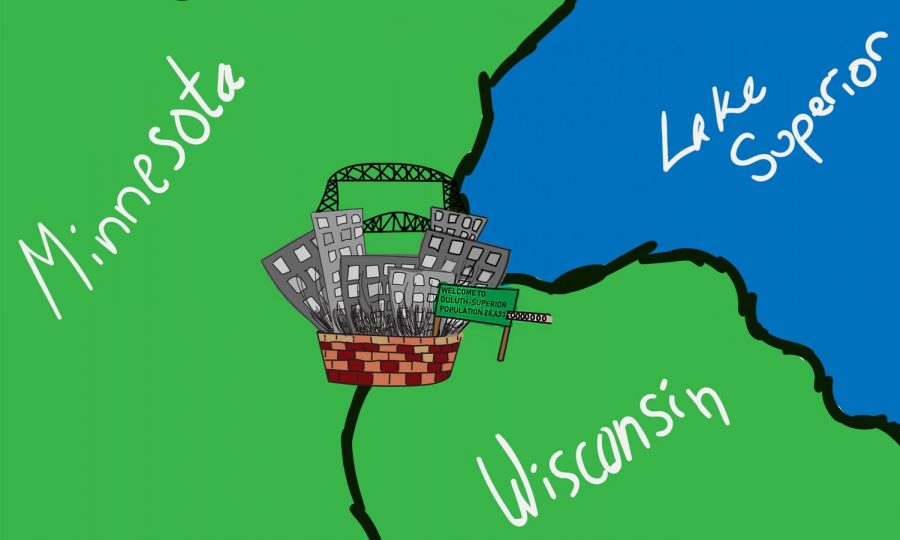 Trump is right. With climate change on the rise, building a wall just might be the answer, at least for Duluth and Superior. The Twin Ports is one of the few places in the country that has a cooler climate.  It also has buildings to attract people that are currently – and soon-to-be – affected by natural disasters and harsh climates. The port location also has access to fresh water and resources that have yet to be tapped into.

Newsweek reported, as stated by Professor Jesse Keenan of Harvard University who gave a Presentation At UMD about the impacts of climate change, “What we understand is the northern migration of flora and fauna, fisheries and everything else in the Northern Hemisphere. They’re moving north slowly,”

In the same article Keenan goes on to explain that it would only make sense for people, like animals, to migrate north as well. This proves  that climate migration is a real thing within the near future.

Breneman wrote, in a follow-up article about the presentation, that “The impacts of climate change in other parts of the country could send 10,000 to 20,000 people to Duluth.”

Breneman concludes that Duluth could handle an increase of up to one-fourth of its population.

Maybe building a wall to keep those immigrating to Duluth is not the greatest idea, but it definitely is not far from being a reasonable choice.

Duluth and Superior, climigrants will be coming soon. It’s never too late to BUILD. A. WALL